Brahma Kumaris Academy for a Better World is dedicated to the goal of establishing a Value-based society. Their main focus is the development of human potential. They aim at bringing harmony in human relations and changing the attitudes and outlook of man so that there is the spirit of brotherhood, love and co-operation.
The International media department of Brahma Kumaris confirmed their participation with their three films to be shown in 3rd Global Film Festival Noida 2010 at Special Section of Screening from 12th to 14th November informed R.K. Singh the Festival Director.

“The emphasis of Brahma Kumaris is on promoting the qualities of humanism, tolerance and never-ending enthusiasm for spreading the knowledge of truth in every sphere of life. The institution recognises the intrinsic spirituality and goodness of every human being” informed Sandeep Marwah President of Marwah Studios and 3rd Global Film Festival Noida 2010 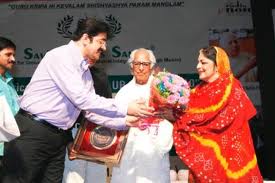 A well known ten years old NGO Savitri Vikas Samiti a forum for Universal Love and Peace through Music of Delhi working for the promotion of Arts and Culture in India joined the team of 3rd Global Film Festival Noida 2010 promoted by International Film And television Club of Marwah Studios-A Creative Enterprises.

Navajyothi Sree Karunakara Guru (born 1927, died 1999) was from Chandiroorr, Alleppey district Kerala. His teachings followed the theme of a global spiritual and cultural renaissance in harmony with material progress. He focused on the aspect of the soul that carries karmic merits and impurities that result in success or failure in life” said A.V.Nair President of Delhi Chapter of the Ashram.

With the above vision and process, the ashram functions as a training center; people can either stay at or visit the ashram and attend services and assimilate in the teachings of the Guru by doing karma – correct actions.
“We are happy to join hands with this internationally renowned organization as we will be able to project humanity taught by Guruji through films” said Sandeep Marwah President of Marwah Studios and Global Film Festival Noida 2010. 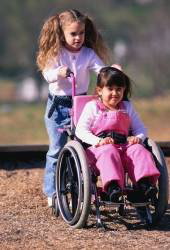 A special section for the films covering the issues of disability has been created by the management of 3rd Global Film Festival Noida 2010 starting from 12th November at Marwah Studios Complex, Noida Film City

“We cannot ignore the issue of disability which exists in our society and has been ignored for many times, especially when the focus of the festival is children” said Sandeep Marwah President of Marwah Studios and the festival.

“All preparations have been done to highlight disability issues in 3rd global Film Festival” said R.K.Singh Festival Director. “We have received large number of films from many countries and different parts of India.” said Satish Kapoor President Brotherhood who is looking after this section of 3rd GFF Noida 2010.

“Himachal Pradesh is the God’s Made Beauty on Earth” said Sandeep Marwah a World Record holder and renowned International film and television personality during the promotion of Himachal Pradesh Tourism business meet at New Delhi.

‘The natural scenery are the ready made locations for films and television production, the courtesy, politeness of the people, availability of historical locations together makes Himachal Pradesh a complete film city for film makers.” added Marwah sharing his wonderful experiences to the large audience representing tourism industry in the country.

“We welcome each and every one to take advantage of the beauty of the state as our guest in our state Himachal Pradesh. We offer and promise comfortable and pleasurable stay and ample business opportunities at Himachal” said Prof. Prem Kumar Dhumal the honorable Chief Minister of Himachal Pradesh highlighting achievements and new schemes of the state. 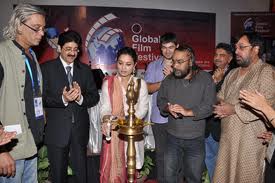 The management and board of Asian Academy of Film And Television has decided to merge its 68th festival of short digital films with the Global Film Festival which has been placed in the evening of first day of this mega international event in Noida to be held from 12th to 14th November at Marwah Studios Complex.

A set of selected films from the 68th batch are going to be the part of this mini festival which will participate in the competition to be judged by the jury comprising of important film makers from the film and television industry.

“The platform has been provided to the young film makers to showcase their works of art in the 3rd Global Film Festival Noida 2010 a mega international event, which is a rare opportunity for any new comer” said Sandeep Marwah President of Marwah Studios, and the festival.

The Global Film Festival is the biggest film event of the city Noida and one of the most important festival of North India. 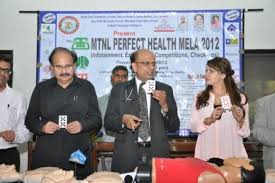 “I am thankful to Heart Care Foundation of India for recognizing my efforts towards the promotion and awareness of health in India. I have always believed in that Health Is Wealth” said Sandeep Marwah president of Marwah Studios and ASFT on receiving an award from H.E. S.Y. Qureshi the Chief Election Commissioner of India on the occasion of inauguration of 17th Perfect Health Mela at NDMC grounds, Laxmibai Nagar, New Delhi.

It is my proud privileged to honor all those who have contributed to the National Cause of Health. Every body in the country has to feel for themselves. The health of the Nation depends on the health of the individual” said S.Y. Qureshi while lighting the lamp on the first day of Health Mela.

“Alone Government can not take care of everybody’s health, an organizations and NGOs like Heart Care Foundation of India , Asian Society of Film and Television etc. have to come forward to create health awareness” said Dr. K.K. Aggarwal President of HCFI. 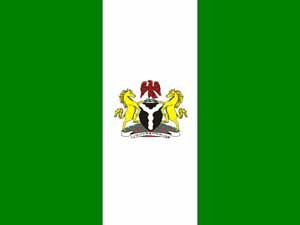 The management of 3rd Global Film Festival Noida 2010 has joined hands with Indo Nigerian Film Association for the promotion of the festival. The intimation has been sent to different organizations in Nigeria which is one of the largest film producing country of the World.

“We have been associated now with Indo Nigerian Film Association which is promoting film and television business of Indian Films in Nigeria and vice versa” said Sandeep Marwah President of Global Film Festival and Marwah Studios. The INFA was framed in India during the visit of high delegation from Nigeria.

Ugo Ben, L Oyeleela, Bimakinde Jide, Osei Tutu Safo, Busari Omogbocahan and Bamigbola Olyfemi have confirmed their visit to the festival. The festival will take place from 12th November to 14th November at Noida Film City, India. The GFF Noida 2010 shall comprised of some of the finest films, workshops, seminars, exhibitions, market, launchings, book releases, interactions, talks etc. This time the focus is on Children Films.

28 states, 7 union Territories, 17 zones, 54 chapters and approx 80,000 members of Bharat Vikas Parishad are most welcome to join the 3rd Global Film Festival Noida 2010 when focus is on Children Films” said Sandeep Marwah President of Marwah Studios and GFF-Asian Society of Film and Television
“Established in 1963, Bharat Vikas Parishad is a service-cum-
sanskar oriented, non-political, socio-cultural voluntary organization. It is dedicated to the development and growth of our country in all fields of human Endeavour – cultural, social, academic, moral, national and spiritual – by promoting a sense of patriotism, national unity and integrity. Our Vision is “Swasth- Samarth- Sanskarit Bharat”.” said Mahim Mittal National Secretary BVP
“Our Mission is to organise the elite, intellectuals and the well-to-do citizens and to motivate them to serve our poor, disabled, illiterate and ignorant brethren not as an act of charity but in the true spirit of our cultural tradition of service as duty” added D.K.Mittal President of Noida Chapter of BVP.
The Bharat Vikas Parishad has decided to support the cause of Children through 3rd Global Film Festival to be held from 12th to 14th November at Marwah Studios Complex, Film City Noida designed by International Film And Television Club [IFTC] 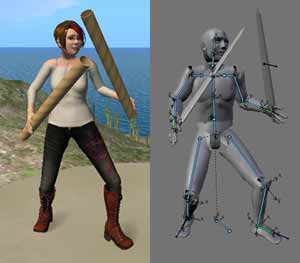 The 3rd Global Film Festival Noida 2010 has attracted many National and International organizations as its partners in progress and Asian School of Media Studies has also now become the part of this festival to be held on 12-14th November at Marwah Studios Complex Noida Film City.
“We want young and enthusiastic students of Asian School of Graphics and Animation to come forward and get themselves associate with the requirements of the 3rd edition of Global Film festival as far as graphics and animation is concerned” said Sandeep Marwah President of the Festival.
“I am sure ASGA students are going to give their best which is going to be the world class. I know ASGA has the best facilities available.” said R.K .Singh the festival Director-GFF.
The festival has segments for national and international films, workshops, exhibitions, seminars, interactions, releases, launching of forums, release of new film, networking lunches and gala dinners.