“There is nothing more beautiful than the feelings and thinking which are right within you, what you need to do is raise the level of your thinking and have better feelings for the people, your karmas will change for better and you can convert this earth into heaven” said Sandeep Marwah President Marwah Studios on the valedictory function of the inter-national competition organized by The Institution Of Engineering And Technology (IET) UK on the topic of ‘presentations’ at Amity University.

33 teams from 22 colleges all over North India were participating into this event where two first teams were presented a cash award by IET UK to further participate in National Competition. Maj. Gen K. Jai Sing the Vice Chancellor of Amity University emphasized on the regular participation in day to day affairs of the colleges and to be part of every event happens while congratulating all the teams.

“Asian School of Communication founded 2011 is partner college of – University of Central Lancashire, UK. This new initiative will enable students to study UCLAN programs in New Delhi, India” informed Akshay Marwah Executive Director of ASC-UCLAN in India.
“A revolution larger than any sector awaits at your doorstep. The mission of the enterprise, Asian School of Communications in collaboration with UCLAN, is to bring the best media business of world experience into a committed partnership with (AAFT) Asian Academy of Film And Television & (ASMS) Asian School of Media Studies, the thought leader of the Indian media community” added Joao Ponces de Carvalho the International Dean of ASC, a film maker, journalist, former Dean of Metropolitan University UK and former Director of Portugal Film School who has been in the field for thirty years.
”UCLan and Asian School of Communication will allow us to contribute to the further development of creative studies through joint workshop, entrepreneur training, business support, incubation and networking” added Sandeep Marwah President Marwah Studios & an International media person while releasing the new poster of ASC. 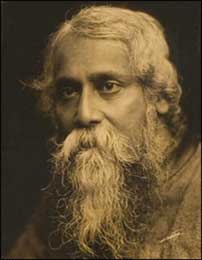 “There is no end to promotion of Art and Culture in India. Indian Music, Art and Culture heritage is the biggest and the widest in the World, but some of the art leaders could create a wonderful place for themselves in the history and Rabindranath Tagore is one of them” reminded Sandeep Marwah President of Marwah Studios and Director of Asian Academy of Film And Television on the celebration of 150th anniversary of the Guru at Noida Film City.
Rabindranath Tagore was a Bengali Poet, novelist, musician, painter and playwright who reshaped Bengali literature and music. As author of Gitanjali with its profoundly sensitive, fresh and beautiful verse, he was the first non-European to be awarded the Nobel Prize for Literature in 1913. His poetry in translation was viewed as spiritual, and this together with his mesmerizing persona gave him a prophet-like aura in the west. His elegant prose and magical poetry still remain largely unknown outside the confines of Bengal.
AAFT is one place where along with films and television business, education and training all the arts are promoted including paintings, sculpture, dance, music, writing, singing, drama and art of speaking. 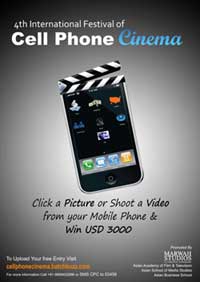 The 4th International Festival of Cellphone Cinema was a super hit not only with the film, television and Media students but also with the common men who were watching films with great interest held at Marwah Studios.

The results were declared in all the categories by the Chairperson of the jury Prof Karl Bardosh who specially flew down to Noida from New York. Speaking on the occasion Prof Karl gave the reference of the films made by his students of cinema at Tisch School of Arts at New York University. The Jury had Prof. K.K.Pummi and Prof. V.S.Kanan.

The First Award of still picture went to TARE ZAMEEN PAR by R.K.Shiva, Second to SOLITUDE by Hingul Dutta and Third to REVISITING POTHER PANCHALI by Shubra Ghosh. Special Jury Mention for still awarded to DREAMING EYES by Praveen Singh Chauhan, COMPLICATIONS by Vicky Khandur, MERA JAHAN by Manohar Rao and MEAL TIME FOR POOR & HUNGRY by Hemant. Every body was honored with the Award Certificates and the cash prize by Sandeep Marwah President of Marwah Studios. 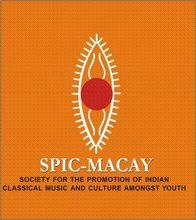 “It is a great honor to be part of the body which promotes the rich heritage of Indian music and culture among youths all over the World’ said Sandeep Marwah an international media personality and President of Marwah Studios a creative enterprises on joining the National Advisory Board of SPIC MACAY during their National meeting at India International Centre.
“Marwah Studios is the family of 10,000 media persons spread over 80 countries of the World, we humbly would love to contribute to this legendary organization” Marwah added. “We offer our space for events, a weekly slot in Radio Noida 107.4F and all other audio and video facilities for not only covering the events but also maintaining the archives of SPIC MACAY” proposed Marwah.
The meeting was Chaired by Dr. Karan Singh Chairperson of ICCR and attended by who’s who of Delhi Art and Culture circle including Ashok Bajpai of Sangeet and Natak Academy, Ravi Shanker Prasad former I&B Minister, Kapila Vatsayan, Kiran Seth, Rashmi Malik, Harsh Narayan, Kiran Karnik, O.P.Jain, S.K.Mishra, Rajeev Ratan shah, Prof. V.N.Rajasekharn Pillai Vice Chancellor IGNOU and others. 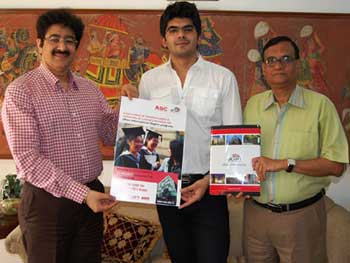 “There is huge need for the organized, refined and sophisticated education and training in the field of film, television and media in this country-by tying up degree programs with the 5th biggest university of United Kingdom (UCLAN) University of Central Lancashire, Asian School of Communication is now going to change the image of education in India”
Expressed Dr.Bhisham Narayan Singh, the former Union Minister, Chancellor and Governor of many states in India.
“Learn the best, there should be no compromise in learning from the best institution. ASC-UCLAN marriage in education going to result into one of the best combination in the World” said Akshay Marwah the promoter of ASC-Uclan in India.
“The high profiled education with reasonable fee is always been the motto of Asian Group of Education from the last twenty years” said Boney Kapoor the renowned film producer and former President Film Federation of India while congratulating both the teams in UK and Noida.
“Asian Education Group has already proved its credibility in Media, ASC setup of is just another feather in the cap of media education In India” added Mukhtar Abbas Naqvi MP and former Minister of Information and Broadcasting, Government of India. Sandeep Marwah President Marwah Studios released the first poster of ASC-UCLAN. 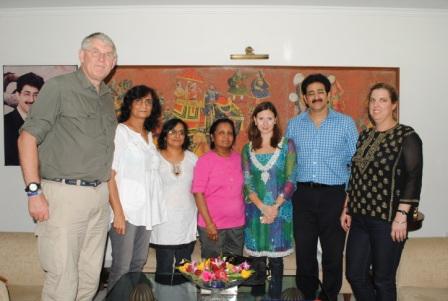 UK Hindi Samiti was formed in UK to promote the language of Hindi and Indian culture in England twenty years back which has been now headed by Dr. Padmesh Gupta. Many non Indians are the members of this organization who all also believe in Indian culture.
Hindi Samiti started off with 150 participants in London and now has over 1200 students taking part each year from through out UK. Hindi Samiti has not only raised its awareness in UK but in other European countries as well.
Recently like every year a group of British students was in India to have first hand knowledge of the India and its culture at New Delhi when they visited Marwah Studios at Noida Film City. “ We are excited to receive the Hindi speaking British students at our campus, its so pleasing to know how our culture is so well accepted by foreigners” said Sandeep Marwah President of Marwah studios and Director of Asian Academy of Film And Television.
The team took the round of the film city and relate to the Indian style of film making. The team had Karin Vazirani, Tom Dobinson, Surekha Chopla, Parwati Mistry, Deugki Umasankar and Augeliki Dimopoulou. The team was recommended by Anil Joshi who is also the founder member of the organization.

IFTC International Film And Television Club of Marwah Studios has finalized the dates of its 70th AAFT festival of Short Digital Films .The festival will take place at the campus of Marwah Studios at Film City Noida the popular venue for many feature films and television serials.
AAFT Festival of short films is the only festival in the World which happens after every three months. It is now an another international record for Sandeep Marwah to be the President of the festival for the 70th times in the last 19 years of its existence where in total more than 1000 short films have been shown submitted by 700 young directors and participation by 9000 media persons of 80 countries of the World.
“I have never believed in awards, rewards or records. I have always believed in generating work and hard work” said Sandeep Marwah. “You keep on working the awards, rewards and records will follow you” added Marwah.
IFTC is supported by International Film And Television Research Centre, International Public Broadcasting Forum, International Children’s Film forum. 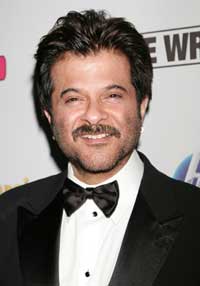 The 20 years old education group ‘Asian Education Group’ who all are the promoters of Asian Academy of Film And Television, Asian School of Media Studies and Asian Business School some of the finest institutions of the country now bringing Asian School of Communication through this education society.
Asian School of Communication has brought the Degree courses of University of Central Lancashire, Preston, United Kingdom to India. “Now the students do not have to go to UK for all these media courses, they can have World class education in a new World class infrastructure at UCLAN Media India, Noida itself” said Sandeep Marwah an International Media Personality and President of Marwah Studios.
Asian School of Communication will be conducting full time and part time courses in Masters and Undergraduate courses in Film Production, International Journalism and Script Writing from this academic year 2011 from their new campus.
“I am proud to be associated with the University of Central Lancashire Media India under the leadership of Sandeep Marwah, the media guru of our country” said Anil Kapoor an International face and Ambassador of Indian Film Industry. 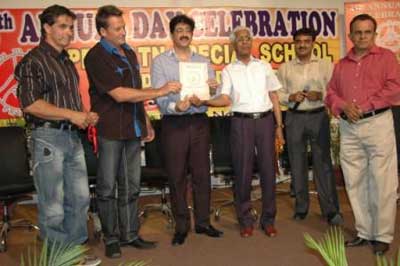 Prayatn, a part of Bhawani Educational and Children Care Society indulge in upliftment of unprivileged children and children suffering from disability celebrated its 4th Annual day at Marwah Studios at Noida Film City.

Speaking on the occasion the Patron of the organization Sandeep Marwah President of Marwah studios said that people should come forward to help all those organizations who are serving the society selflessly. “We must understand our responsibility towards society especially when it comes to children who are the future of this country. We always look for our rights but never talk about our responsibilities” Marwah added.

The Director of Prayatn Brijesh Kumar expressed his desire to open another branch in Haryana after two in Delhi. The needed students were presented with wheel chairs and children presented a beautiful cultural program which was worth praising.

Satish Kapoor director We care Film Festival, Colin Handley Director Stunts from Hollywood, Jorge Hugo Delgado from Australia, and many other dignities were the speakers on the occasion.