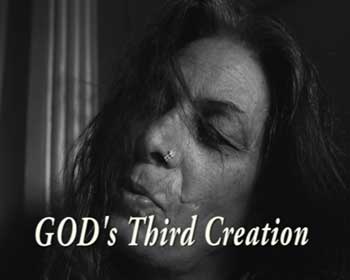 Sandeep Marwah an international media personality, and the producer of ‘Largest Number of Short Films’ in the World has decided to highlight the works he has collected during the years by giving prominence to each and every film so far has been produced by him under his production company Marwah Films And Video Production in the last nineteen years.
The 1800 short films produced by Marwah have entangled film makers from 28 states and 5 union territories of India and 85 countries of the World. So far 73 film festivals have been organized in last 19 years to highlight the works of 1100 film directors and 8000 artist and technicians from all over the World.
The films have been part of enormous film festivals all over the World. Sandeep Marwah has been a jury member in number of International film festivals and recipient of prestigious National and International awards. “Sandeep Marwah is a National asset, he has brought laurels & glory to India. The Entertainment& Media industry is proud of him” said Mukhtar Abbas Naqvi, MP and former Minister of Information and Broadcasting, Government of India. 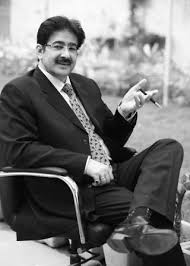 Annual get together of PHD Chamber of Commerce in their own campus attracted many Ambassadors, High Commissioners and Diplomats of different countries with the motive to develop international relations with the members of the Chamber.
The President of PHD Sandip Somany and Secretary General Sushma Shekher welcomed the guest. “Wales has wonderful relations with PHD and we would love to take more advantage of this oldest Chamber of the country” said Sandeep Marwah Cultural Ambassador of Wales in India Champion of Wales.
“It is nice to know the Chambers working in so many different fields” said Dr Sead Audic, Ambassador Embassy of Bosnia and Herzegovina. “We would love to know more about PHD activities” said Tong Duc Huan, Councellor Embassy of the Socialist Republic of Vietnam. “We would love to develop bigger relations with PHD” said Serhii V Salduhin, head Trade and Economics, Embassy of Ukraine. 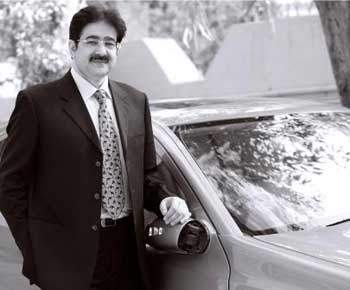 We have decided to join hands with United Nation to promote International Year of Cooperatives” said Sandeep Marwah President Of Marwah Studios a creative enterprises and family of 10000 media professionals here in Delhi.

The United Nations General Assembly has declared 2012 as the International Year of Cooperatives, highlighting the contribution of cooperatives to socio-economic development, particularly their impact on poverty reduction, employment generation and social integration.

With the theme of “Cooperative Enterprises Build a Better World”, the Year seeks to encourage the growth and establishment of cooperatives all over the world. It also encourages individuals, communities and governments to recognize the agency of cooperatives in helping to achieve internationally agreed upon development goals, such as the Millennium Development Goals

“The United Nations General Assembly Resolution A/RES/64/136 encourages all member States, the United Nations and all relevant stakeholders to take advantage of the IYC to promote cooperatives and raise awareness of their contribution to social and economic development and promote the formation and growth of cooperatives” added Marwah who is also Chairing World Peace Development And Research Foundation. 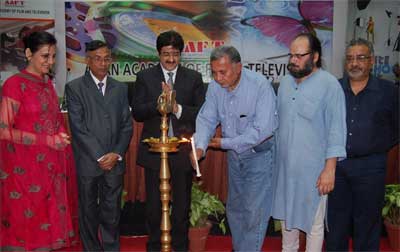 “An Institution which has 9000 working alumni from 85 countries of the World and has achieved numerous international records and awards is a matter of delight for the entire Entertainment and Media Industry” said Ajaya Sharma a renowned cinematographer and a film maker as Chief Guest of the 74th Convocation of the trainees of Asian Academy Of Film And Television.

“My association with the institute is much longer and I have seen this institution growing from strength to strength. Every student of AAFT should be proud of his Alma Matter. Don’t forget that life begins from the professional schools like AAFT “said Sanjeev Sood a well known film maker.
“We at AAFT leave no stone unturned to incorporate creativity in the work and provide real industry upbringing and environment to our student” said Sandeep Marwah Director of the institute and President Of Marwah Studios reading out the list of gigantic activities performed during three months.
Others who spoke on the occasion were Adl. Director-ASC &ASMS R.K.Singh, Joint Director ABS Latika Sahani, Joint Director ASMS Ashok Tyagi, renowned cinematographer Rajeev Kamal, Dean Acting Satish Anand & Joy Shree Arora & Dean AAFT. 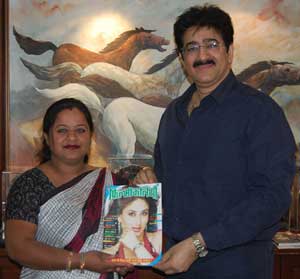 A popular monthly magazine on film and television industry has taken a new shape under the leadership of its new publisher and editor Seema which was released by the renowned media personality Sandeep Marwah President of Marwah Studios at Noida Film City.
“There are not much film magazines left in Hindi for the Hindi speaking belt in the country on Bollywood activities. In this age of competition and internet Filmi Kaliyan is still doing wonders” said Sandeep Marwah while accepting the new version of the magazine.
The magazine is published from Delhi and has a fantastic distribution system all over India and abroad. The magazine covers all aspects of Bollywood, news, reviews, happenings, launches and events all over.
The magazine is going to have a separate column for the activities from Noida Film City having 16 studios in a 75 acre complex. 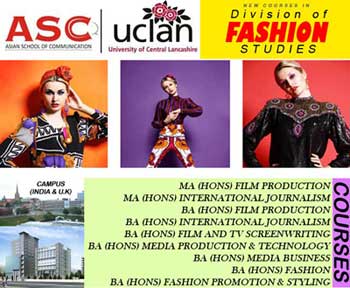 “It was not only necessary but essential to have a film and TV school in this side of the World to shield the film city of North India at Noida” said Sandeep Marwah President of Marwah Studios and founder of film city Noida at PHD Chamber of Commerce.
1993 we started the first private film school of India with four courses which has now grown to 40 courses in 20 years of its existence. AAFT to Asian School of Media Studies, Asian Business School, Asian School Of Communication and thirty allied and associated media organizations has made it Universe of Media Arts.
Now 75th Batch just round the corner may lead to another international record of in excess of work in media education and training by AAFT. Every possible facility and department AAFT has provided to its student in the most subsidized fee for the training.
“Print, Radio, Television, Cinema, New Media, Events, Fine Arts and now Fashion is the new segments we have included into our courses as it is directly interrelated to the glamour World-now we have school of Fashion under ASC” added Marwah. 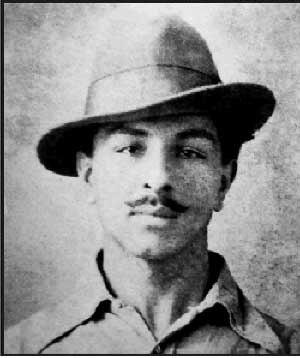 “Bhagat Singh was an enormously brilliant, fascinating and intellectual young man who epitomized the best values of secularism and rationality put his nation, team and people before himself” said Sandeep Marwah President of Marwah Studios, Film City Noida remembering the great leaders on martyrdom day.
.
“23rd March, on martyr day of Bhagat Singh, Rajguru and Sukhdev we all must standup for our rights as well duties toward nation so that through our hard and honest work we must convert our country into heaven” added Marwah who has been a student of Shaheed Bhagat Singh College, Delhi University, while addressing the young crowd of Asian Education Group.
Shaheed Bhagat Singh as a national hero has been known for occupying a special place in people’s heart. A clarity of vision and determination of purpose distinguished Bhagat Singh from other leaders of the National Movement. He was deeply contributed to the world and in particular to the future of socialism in India. 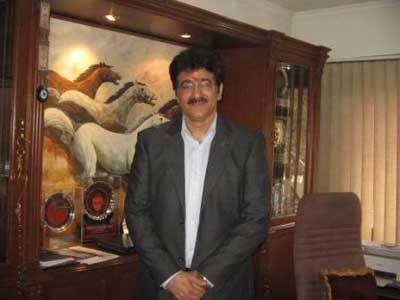 “There are 7 billion people on this earth and another 2 billion people are expected to join by 2050. If there is going to be any war it is going to be for the Water” said Sandeep Marwah President of Marwah Studios on the International Water Day celebrated at Marwah Studios Film City Noida.
“It is our duty of media persons to highlight and propagate valid causes and precautions to rest of the World so that we can make people cautious about the international problems” Marwah added.
When more than billion people on this earth living with chronic hunger and water problem, we cannot avoid discussing this issue and leave it to someone else.
World Water Day has been observed since 1993 when the United Nations General Assembly declared 22 March as World Day for Water. The UN and its member nations devote this day to implementing UN recommendations and promoting concrete activities within their countries regarding the world’s water resources. 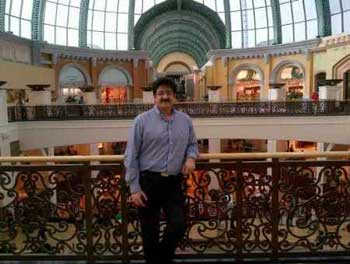 “We would love to have a festival of short digital films in Dubai, I am still looking for the partner who can join us in planning and designing film festival in UAE” said Sandeep Marwah the World Record Holder-Producer of largest short films during his stay at Hotel Grand Hyatt in Dubai.
“Two festivals can be planned, one festival of short digital films and second WeCare Film Festival of Films on Disability. The films can be shown together also” added Marwah while talking to the press.
Idea is to sensitize the audience about the problems of disable persons and also encourage and provide broad spectrum to young film makers of the World who have created new ideas and experimented well in their films. Many companies dealing in entertainment field showing interest in this kind of programs now.
Sandeep Marwah President of Marwah Studios has already stated five different festivals back in India and is also the founder of Noida Film City. 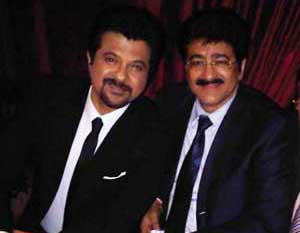 L to R : Anil Kapoor , Board of Directors AAFT with Sandeep Marwah , President AAFT
“In a span of 20 years Asian Academy Of Film And Television has created a wonderful niche for itself in the World of media education and training” said Anil Kapoor an international face of Indian Film Industry.
“AAFT Asian Academy Of Film And Television is the only institution in the country which could attract students from 85 countries and is ranking as one of the best ten film training centers in the World under the leadership of Sandeep Marwah” added Kapoor.
Organizations like IFTC International Film And Television Research Centre, IFTC International Film And Television Club, IPBF International Public Broadcasting Forum, ICFF International Children’s Film Forum, UNIC United Nation Information Centre, Universal Peace Federation, WPDRF World Peace Development and Research Foundation are associated with the institution.
The organization has been bestowed upon many international awards at Cardiff (Wales), Mons (Belgium), Cairo (Eygpt), London (U.K.), Budapest (Hungry), Bangkok (Thailand), New York (U.S.A.)