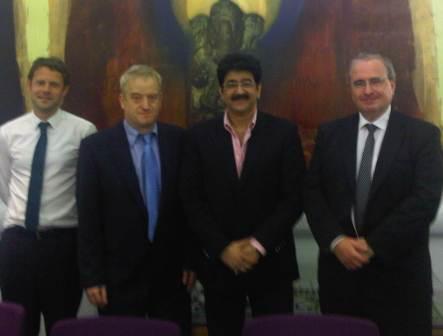 Asian Society of Film And Television headed by International media personality Sandeep Marwah will now work hand in hand with University of East London in the field of film, television and media informed Prof. Jaun Shaw the pro Vice Chancellor of the University.

Sandeep Marwah was invited by Prof. Patrick McGhee the Vice Chancellor & Chief Executive of University of East London at their Docklands campus to see for himself the infrastructure and setup of the University.” I am impressed by the arrangements of the University which has been extended on my visit to East London” said Marwah. 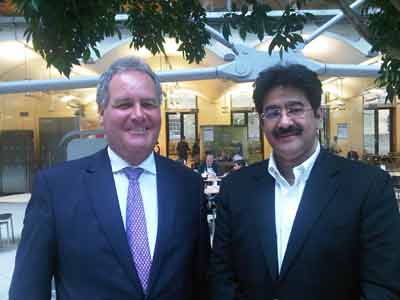 Sandeep Marwah an international media personality and a World Record holder from India was invited by the renowned member parliament Bob Blackman from Harrow East to the House Of Commons in British Parliament at London during his visit to United Kingdom.
“I am honored that Robert Blackman has invited me to the most powerful house of United Kingdom which has motivated me to develop a new relationship with United Kingdom” said Sandeep Marwah President of Marwah Studios and Asian Education Group.
“We are working together on the social project to uplift the society. There are many subjects which are international and to be taken care collectively” said Bob Blackman MP in the meeting.
Professor Kieran Clarke of Oxford University and social worker Kalpesh Parmar were also present there who are members of the core committee to create awareness on unattended disease of Alzheimer.

“We are feeling more honored in honoring an international person Sandeep Marwah who has now role model for a large media population all over the World” said Anurag Malhotra of Zee International while handing over the memento to Marwah at Dubai.
“Dubai is immerging as a big media city and also it needs film, TV and Media professionals which Asian Academy Of Film And Television will fill the gap” said Sandeep Marwah President of Marwah Studios and Asian Education Group while talking to the press at Hotel Atlantis Palm Jumeirah.

Sandeep Marwah has created numerous international records in media training and education and has brought many laurels to India. Marwah Studios, a family of ten thousand media professionals, is now scattered in 90 countries of the World. Noida Film City founded by Sandeep Marwah is now the fastest growing film city of the World.

AAFT Asian Academy Of Film And Television is conducting its 75th Batch of training program under the leadership of International Media Personality Sandeep Marwah, the founder of Film City Noida, Marwah Studios A creative Enterprises and now completing 20 years in film ,TV and media education.

“We are the best, we have proved to the World the quality and excellence in media education” said Marwah while talking to the 75th batch of AAFT. “International, National and state Awards are the authentic proof of our sincerity towards education. The success rate of students coming in National lime light is the ultimate” he added.

Punctuality, regularity, sincerity and dedication along with powerful education are the pillars of success he emphasized. The talk was attended by all the department heads including Print, Radio, Television, Cinema, New Media and Events. 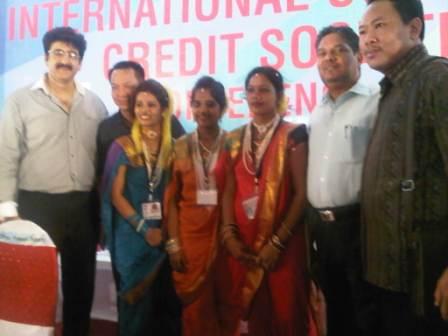 A body of Ten thousand film, television and Media Professionals ASFT Asian Society of Film and Television now on the board of FFI Film Federation Of India the Apex body of film business in India informed Supran Sen the secretary General of the strongest organization in the country.
“We are an organization of 10,000 professionals associated with 30 film set ups from 28 states 5 union territories of India and 90 countries of the World under the roof of ASFT Asian Society of Film and Television.” said Sandeep Marwah President of the Society while accepting the membership of FFI.
“I extend my heartiest congratulations to Sandeep Marwah for supporting Indian Film Industry in his best capacity” said Vinod Lamba President FFI.
Sandeep Marwah is the founder of Noida Film City (1986), Marwah Studios (1987), Asian Academy Of Film And Television (1991), International Film And Television Club (1991), International Film And Television Research Centre (1991) and many others film and TV unions.

Students from 28 States, 5 Union Territories and 90 countries of the World 9000 alumni 400 faculty members and 200 staff and involvement with channels and production companies makes Asian Alumni Association as the biggest media fraternity in India informed Sandeep Marwah President of Asian Education Group consisting of AAFT Asian Academy Of Film And Television, m ASMS Asian School Of Media Studies, ABS Asian Business School and ASC Asian School Of Media Studies.
The initiative of former students who are already part of Asian Education Group including Akshay Marwah, Anugyan Nag, Vikas Singh, Payal Singh, Ashutosh Singh, Abhinav Bajpai, Mantosh Kumar, Prabhat Shukla, Nibha Kumar, Divya Pandey decided to give a formal shape to the organization so that more can be workout.
The first meeting of AAA turns out to be a great success when students from all over India attended the event organized by the students of Platinum batch of AAFT. The faculty was in big attendance and first Governing Council was framed by Sandeep Marwah.
Planning for the next venture has already been put up on the table which will soon be taken up by the members of the Governing Council of AAA soon.

“We have grown to better heights, bigger platform and broader looks in last twenty years. The institution has seen many ups and downs and now being established as the third biggest media school of the World, first ten best media schools of the World covering 90 countries and more than 9000 alumni” said Sandeep Marwah founder and President of Asian Education Group.

The response to the first Alumni meet was tremendous and students reached from all over India. The event was hosted by the Platinum Batch of AAFT. The alumni from first batches were the major attraction of the function.

“It’s a wonderful step and we will see that association turn into a bigger and better shape next time” said Adesh Sharma from the Ist Batch of AAFT. ”its like coming back home” said Anugyan from the first batch of ASMS. The whole environment was bubbling with new energy and excitement.

We are more than satisfied with the services ASMS Asian School Of Media Studies provided as media partners during our International Broadcasting Society Expo in February. This is just a humble gesture to pay our thanks to the head of the institution” said Ashok Lakhnpal President of BES while handing over the appreciation to Sandeep Marwah President of Asian Education Group at Marwah Studios, Film City Noida.

“I am thankful to BES and its management committee for providing a wonderful opportunity to students to get involved in different segments during Expo and certifying them for their services” expressed Marwah. Sunil, the Addl. Director General Doorshan also spoke on the occassion. Later R.K.Singh Addl. Director ASMS paid vote of thanks 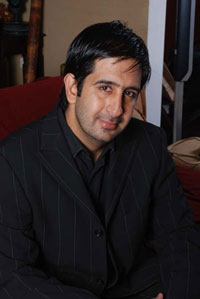 AAFT Asian Academy Of Film And Television is proud of its alumnus Babar Javed of Pakistan who has created a huge name for himself and in return added another feather in the cap of AAFT.

“I am extremely swollen with pride to announce Academy Award for our student Babar Javed from Pakistan who has done extremely well and now the biggest name in television in Pakistan” said Sandeep Marwah Director of AAFT while talking about Babar’s works.

“I had attended more than one-film courses but the education and training imparting by AAFT is indeed the most effective and better than anyone of them” said Babar Javed.
Babar Javed started A&B Production with its first project ‘Diya Jaley’ which was a great success. There has been no looking back and he gave many more hits like, ‘Mera Saeein’, ‘Qaid e Tanhai’, ‘Mein Abdul Qadir hoon’. ‘Umm-e-Kulsoom’ ‘Jo Chaley Tou Jaan Se Guzar Gaye’ ‘Maaye Ni’ and ‘Pul Sirat’ were not only presented but also directed by Babar Javed.

Babar Javed of AAFT has tackled some hard hitting issues as well in some of his serials like ‘Roag’ which is based on child abuse and ‘Ek Hatheli pe henna, ek Hatheli pe lahoo’ which is based on Shia-Sunni conflicts. His versatility has proven to be his success. His aim is to continue entertaining the audiences by bringing fresh, innovative and thought provoking topics to the forefront. “I am indebted and thankful to my teachers and AAFT my alma matter” added Babar. 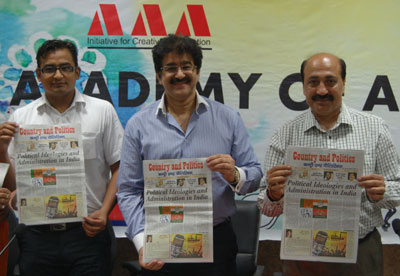 The print media has its own space in the media World. It has always been considered the oldest boy of media. Even though we have now more than 500 channels and internet has become our habit still the circulation of newspapers has grown in India” said Sandeep Marwah President Marwah Studios while launching the new weekly ‘Country And Politics’ at Noida Film City.

Speaking on the occasion veteran journalist and member governing council of ICCR, Sunil Dang emphasized on the ethics of journalism. He said serous news need more research and proofs before you publish any news in your papers to raise the level of readers.

Om Parkash Member Central Board of Film Certification, Ministry of Information & Broadcasting, Govt. of India congratulated the editor and his team and guaranteed of all possible help. Marwah reminded Vipin Gaur and present members of the press that a news paper should be judicial mix of Information, Education and Entertainment.