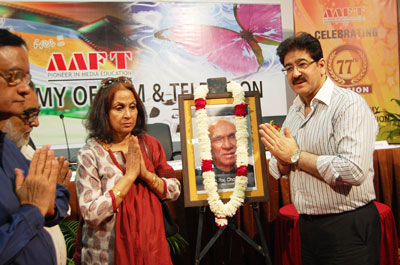 More than 600 people at Marwah studios extended their emotions to pay their gratitude and thanks to the legendary Yash Chopra who left for his heavenly abode on 21st October for his extra ordinary works in the field of Cinema.
“We all at Marwah Studios pay our tribute to the greatest film maker of the country who has brought the Indian cinema to a new level” said Sandeep Marwah President of Marwah Studios at film city Noida. “Yash Ji was part of Noida Film City and he sold his studios in Noida to make one in Mumbai. His passion for cinema can be measured by the films he has produced and directed” Marwah added.
The whole faculty, administration, students and film, TV and media persons were there to participate in the prayer meeting organized by Asian Education Group.

“We have always believed that written words in the shape of books, becomes the part of the history in literature representing that particular era” said Sandeep Marwah President of Asian Academy of Arts while inaugurating the first book ‘Satyamev Jayate” of Tarkeshwar at Marwah Studios a striking and powerful platform for writers.
“It is my first attempt through this book to bring in harmony, love and peace among the Indians and rest of the World. I have mentioned some real stories as an example to my country men” expressed Tarkeshwar thanking Asian Academy Of Arts for promoting the cause of Peace.
The event was attended by writers, publishers and people from the creative World. M.K.Gandhi President Manavta Abhiyan, Chandrahas art lover and Juhi Chandrahas also spoke on the occasion. Later Sandeep Marwah honored Tarkeshwar with life membership of International Film And Television Club. 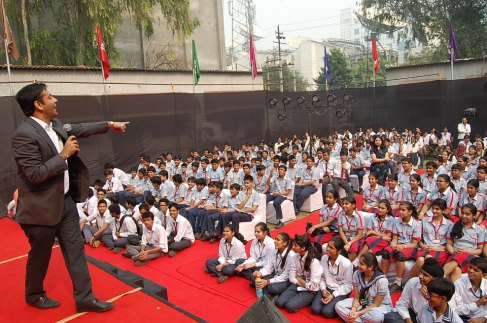 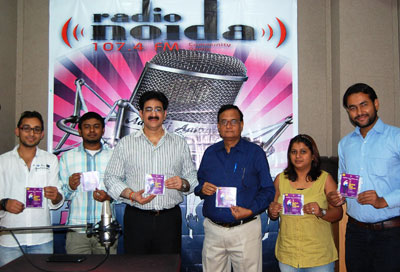 Sixteen hours Radio Station-Radio Noida 107.4FM popular with almost two million people of this part of the country is appointed as the official radio station for the 5th Global Film Festival Noida 2012 to be held from 5th to 7th November at Marwah Studios Complex at Noida Film City.
“Radio Noida is the first Radio Station of Noida City which has emerged as one of the fastest growing city of the country” informed Sandeep Marwah President of 5th Global Film Festival Noida.
The team of Radio Noida 107.4FM has created a set of wonderful advertisements for GFFN 2012 and ads will be played everyday to inform about the festival. The live coverage of all the programs of the film mela will be broadcasted. 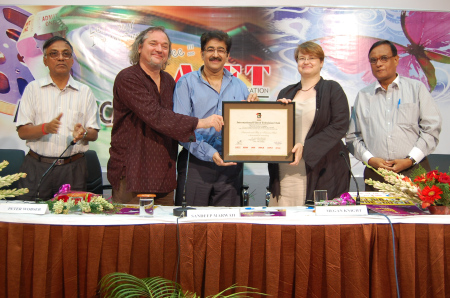 A Master class has been organized for the students of film, television and media at AAFT Asian Academy Of Film And Television by the well known British film maker and journalist from the University of Central Lancashire, Preston, UK.
Wishing students a very happy Dussehra Sandeep Marwah President of Marwah Studios introduced guest to the class and mentioned the growth and statistic of Indian media.” No body can compare to the clarity British film makers have in Cinema. Slum Dog Millionaire, Titanic are some of the examples” added Marwah.
The most important part of film business is the planning and preproduction. If you are well prepared you do well.” said Peter Wobser. “You must develop writing skills to be a journalist. Practice makes you perfect. Write every day to be a perfect journalist” alleged Megan Knight head of Journalism UCLAN.
Asian School of Media head Prof. R.K. Singh and Dean AAFT also spoke on the occasion. 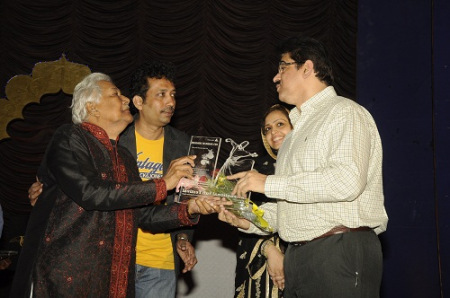 “A ceremony which brings the Humanity without the basis of religion is a need of the day. A Festival which unites us without any barriers is nothing but spreading the message of peace and love” said The Dargah Dewan also the Sajjada Nasheen and the Religious Head of Ajmer shrine, Syed Zainual Abedin Ali Khan at the ISFI Awards and the Closing Ceremony of the 8 day International Sufi festival in the holy city of Ajmer.
The Second Edition of International Sufi Festival brought in film festival and ISFI Awards. The Award is to honor the Sufi Community of Artiste and Singers. Apart from the ISFI Platinum award conferred to Padmabhushan Ustaad Ghulam Mustafa Khan saheb for his long lasting contribution. The ISFI Prestigious Gold Award for the Best Sufi Singers was awarded to the Qadar Niazi and Hyder Hassan Nizami.
A ISFI Gold award was also conferred on Sandeep Marwah, a renowned international media personality, was also honored for his contribution towards promotion of arts and culture in India.
The award function was followed by whirling performance by Manisha Gulyani from the Jaipur gharana.. Additional Collector Mohammad Hanif, Brigadier PK Singh, congress president Mahendar Singh Ralawta, Dr Sudeep Rai and Gulsha Begum also spoke on the occasion. 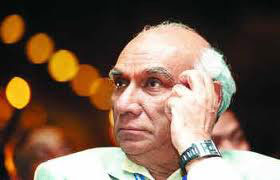 “It is the end of a love story started by our most respected Yash Chopra ji” said Sandeep Marwah President of Marwah Studios and Spokes Person of Noida Film City.

“The power of Yash Chopra’s cinema is that you feel like falling in love again. His cinema is representation of love” Marwah added.

“I know him for ages, how can I forget that he is the person who broke the coconut on the inauguration of my studios at Noida on 10th March 1991” expressed Sandeep. 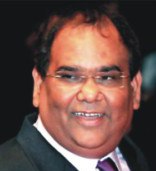 I am just one of the lucky member of the family of Asian Academy Of Film And Television which is the biggest film and TV school of the World conducting largest number of courses in every stream of media” said Satish Kaushik a renowned film actor and director on the inauguration of 77th batch of AAFT at Marwah Studios, film city Noida.
“Education and training in the field of film and television is not only necessary but essential to be a successful media person” said Sanjay Paswan Former Minister of State HRD, Govt. of India.
Satish kaushik started his film carrier as assistant director in feature film Masoom and Mr.India. He has acted & directed number of TV programs & performed in more than 70 feature films. He has also directed more than 10 feature films.
“AAFT now has a reach in 90 countries of the World where our students are working in their chosen fields. Five International records in media speaks itself the quality of education” alleged Sandeep Marwah President of Asian Education Group.
M. Amin Dy Director Election Commission of India, Former Senior IAS officer M.A.Ibrahimi were the other speakers on the occasion. Later Sandeep Marwah honored & Presented life membership of International Film And Television Research Centre to all the guest. 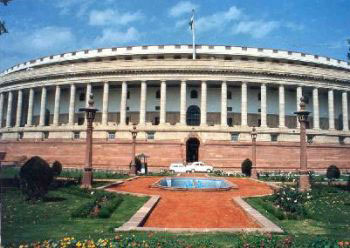 Sandeep Marwah President of Marwah Studios and Asian Education Group consisting of largest network of media schools in Asia was recently invited by the Lok Sabha Channel for their most popular program ‘Carrier Café’ for a live telecast.
The program was an interview of Sandeep Marwah for the Challenges and opportunities in the field of Cinema. India is the largest film producing country in the World and Sandeep Marwah is the five times international record holder in media activities.
“It was a great experience to be in the Lok Sabha TV especially when you are questioned by a renowned counselor Praveen Malhotra” said Marwah to the reporters.
Lok Sabha TV is an Indian cable television network channel from Government of India that offers coverage of federal government proceedings and other public affairs programming .Its remit is to make accessible to all the work of the parliamentary and legislative bodies of India. The channel broadcasts live and recorded coverage of the Lok Sabha (lower house of Parliament)