AAFT-Asian Academy of Film And Television the Pioneer media school of the Nation join hands with renowned Pandit Chatur Lal Memorial Society for their forth coming programs in Delhi and Outside for the promotion of music in India.
“We can preserve our culture and heritage with the help of our own Indian music, it is not only essential but necessary to promote and reach to the audience” said Sandeep Marwah President of Marwah Studios and great music lover.
Asian Academy through its good office- Asian Academy of Arts and 12000 members in media will high light Indian classical music in 94 countries of the World. A special cell will be created for the performances of classical music in all the 10 film festivals Marwah Studios has given to the nation.
Pandit Chatur Lal Memorial Society will be felicitating Dr. M. Balamurli Krishna with Pt. Chaturlal Excellence Award followed by his performance on Friday, 30th August at Srifort Auditorium informed Shruti Chatur Lal Director of the Society..

We have around 900 channels in 28 languages, Not only that there is a huge competitions but the expectation of audience is also very high when new channel is launched in India” said Sandeep Marwah President of Marwah Studios on the launching of Mahavira Channel at New Delhi in the capacity of special guest.
A grand launching was organized by Mahavira Channel to high light the Jain Samaj and its activities all over the World. The channel will have all formats of programs including religious, spiritual, musical and fictional.
Later Sandeep Marwah was honored for his 25 years in media & five World Records by the Board of Directors including Madan Lal Jain, Digambar Bhai Jain, Ankur Jain, Dhanendra Jain, Rahul Jain, Tinu Jain and others. 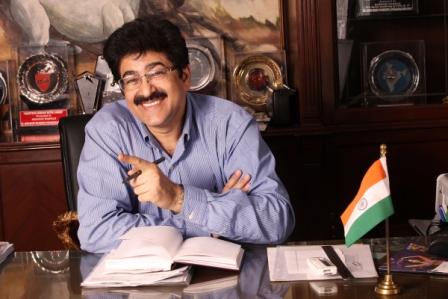 “The Fundamental Rights of Indian Citizens guaranty that the residents of the land can lead a peaceful life, as long as they inhabit the country” said Sandeep Marwah President of World Peace Development And Research Foundation in a joint meeting of many social and cultural organizations at Marwah studios in Noida.
The individual Fundamental Rights of Indian Citizens include Equality before the law, Freedom of religion, Freedom of association and peaceful assembly, Freedom of speech and expression, Right to constitutional remedies for the protection of civil rights” added Sandeep Marwah
The meeting was conducted to plan and organize the International Conference by WPDRF on 5th and 6th December 2012 on Cooperative movement at New Delhi.