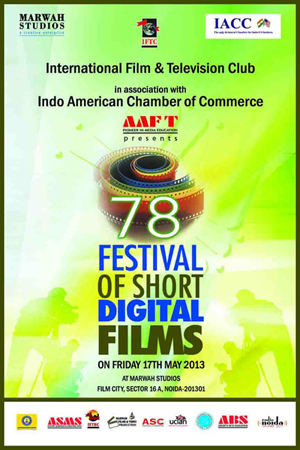 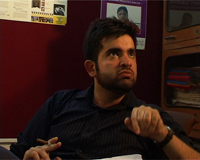 RANSOM
Director: Alaba A Idowa
Dur:07.28mins
A resolute girl tries to defend her dignity and refuses to trade her chastity for a cherished dream job. Will she get to her goal without compromising in this world infested with sharks?… 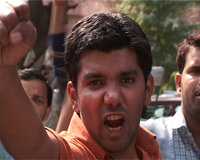 LAWS & CONSEQUENCES
Director: Mandeep Singh Gambhir
Dur:07.28mins
In a live-in relationship a boy exploits the girl for more than 2 years. The girl tries to make her partner see reasons but fails as he cleverly avoided the issue of marriage. Finally she takes desperate measures which the boy could never imagine in his wildest dreams.

EHSAAS
Director: Hemant Kumar
Dur:09.33mins
An irresponsible act can turn the life upside down not only for yourself but for all the near and dear ones. Fatal accidents due to drunken driving are on the rise and fills up the headlines at frequent intervals. Every other day a BMW case is filed in the court. By the time this comes out in the print a few more cases would be added to the statistics. Shouldn’t the society educate these demons behind the wheels? That’s what the film tries to depict. 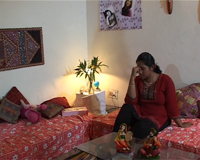 THE PROMESSA
Director: ShubhamBhatnagar
Dur:09.03mins
It is a poignant story of a girl who couldn’t bear the trauma of sudden death of her mother and gets mentally affected. Due to the shock her mental age remains that of a child even as she grows up. Her pain is felt by the audience through the beautiful portrayal of the character of a mentally retarded child. 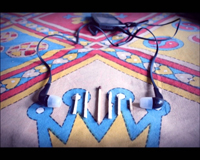 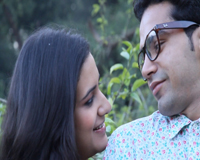 MR. IRRESISTABLE!
Director: FrodeSchlichting
Dur: 08:30mins
It is a comic situation depicting opposite attracts. Ceaseless effort by Babulal rings a bell in the mind of the gorgeous Shagun who is a complete mismatch for the simpleton boy from the small town…comical formula to win the heart of a girl may not necessarily always be true. However a few good shots can be seen in this short film… 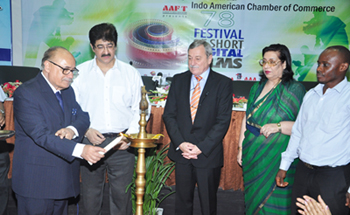 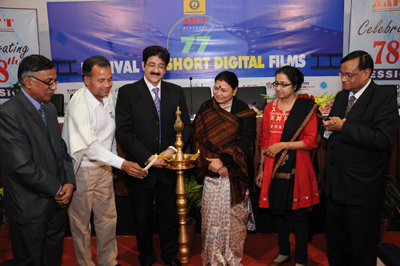 No religion permits violence! The holy word Jihad is grossly misrepresented. Violence in any form has no justification. It boomerangs back…that’s what the film depicts poignantly.

Life doesn’t always give a second chance to rectify your errors. Wisdom by hind sight will make you live your life in remorse. Hold back before it is too late…That’s the Haqeeqat of life depicted in this film marinated in tears!

This is a story of a very effective intervention by ‘CAINE’ of Vedanta group that has elevated the living standard in the core operational area in its command. The documentary is a very interesting real life case study of the farmers of Rajasthan traditionally engaged in rearing cattle that had till now only seen poverty and exploitation.The film portrays the ring side view of their success story.

All through the academic career students slog through to achieve high grades and add on to their qualifications. However in the job market what sadly matters is the recommendation…This is the story of one such highly qualified fresher amongst the millions who compete to get a jobladen with knowledge and qualifications but no recommendations to realize their dream

GOD’S OWN CHILD
Director: PriyankaSinha
Dur:07.00mins
Physically challenged children are everywhere in world but in developed countries there are special schools for such children. The society is also very sensitive towards their special needs and helps to bring them in the main stream. But here in India it’s not the same story. However in some small pockets few individuals and NGOs are making commendable efforts to lend dignity to such children. They try to sensitize their parents about the special needs of such children. They help uplifting these physically challenged children with innovative methods to make them self-reliant.

EHSAAS
Director: Hemant Kumar
Dur:09.33 mins
An irresponsible act can turn the life upside down not only for yourself but for all the near and dear ones. Fatal accidents due to drunken driving are on the rise and fills up the headlines at frequent intervals. Every other day a BMW case is filed in the court. By the time this comes out in the print a few more cases would be added to the statistics. Shouldn’t the society educate these demons behind the wheels? That’s what the film tries to depict.

Just an old friend
Director: Mumtaz Jahan
Dur:10.49 mins
Gunnu returns from abroad after a long time and tries to rediscover her familiar surroundings of childhood which appears strange. Her extreme timid nature puts her in a bizarre situation!

THE SEARCH FOR PARADISE!
Director: Shrey Shrivastava
Dur:10.20 mins
The conquest of happiness may not be as simple as popping up a few pills. Happiness has to be extracted…that’s what Bertrand Russell says.

A man who is in his last moment in life tries to identify his enemy who has poisoned him. A suspense thriller with a message against violence tells that any form of coercing results in disaster. Revenge in any form is self destructive.

‘KADWA SACCH’ (BITTER TRUTH)
Director: Dhirendra Singh
Dur:07.18 mins
Government apathy and cockeyed land procurement policy of compensation uproots the labor and drives him towards destitution. The biggest irony is the man who builds the houses for the rich urban population has no roof over the head for his children. A coarse coconut rope is the life line of safety for his child living by the road side. He ties the child to a pole while he is out for work. Any form of government sop doesn’t reach the poor. Corrupt middlemen make the situation from bad to worse and there is no hope in the eyes of these millions of labors who have been displaced by the rapid unplanned urbanization. There is a poignant question raised at the end of the film. “Will the country be tied to these shackles forever?”

A TOUCH OF INNOCENCE
Director: Simran Narula
Dur:07.51 mins
A hardcore criminal inadvertently kills the father of a mentally challenged girl. However her innocence triggers a change in the stone-hearted criminal and he decides to take care of the orphaned girl…

‘PRANAV’
Director: Achal Singh
Dur:04.26 mins
An honest entrepreneur finds impossible to pursue his business without taking the recourses of dishonest path. The corrupt system puts hurdles in every single step. However he decides to fight corruption and finds a few sympathetic lawyers by his side…Will India be ever able to free it from such malignancy which has eroded the very foundation of the country?

‘ANTERDWAND’
Director: Ramprasad.
Dur:07.07 mins
It is an established fact that there are many communicable diseases all around. However would you ever believe that hallucination could also be a communicable disease? That is precisely the slick film tries to depict through wonderful cinematic expressions.

LIMITATIONS
Director: Rebecca Chadwick
Dur: 07.13mins
Peer pressure of life may lead to temporary insanity in many. However a little tolerance and understanding from elders may go a long way to help drop the baggage of embarrassment of the past and move forward…

KALEIDOSCOPE
Director: Sana Warsi
Dur: 05.09mins
By the name ‘Dilli Haat’ you expect to see Delhi in its fullest grandeur…However a surprise waits for you when you visit this place…In fact it is a colorful spectrum of the vast Indian society and its culture. That’s precisely the well made documentary tries to depict as it takes you around the diverse Indian culture through the colorful Kaleidoscope. The well made documentary is a visual treat. 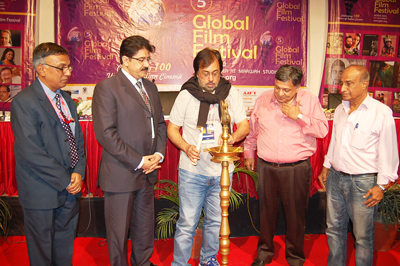 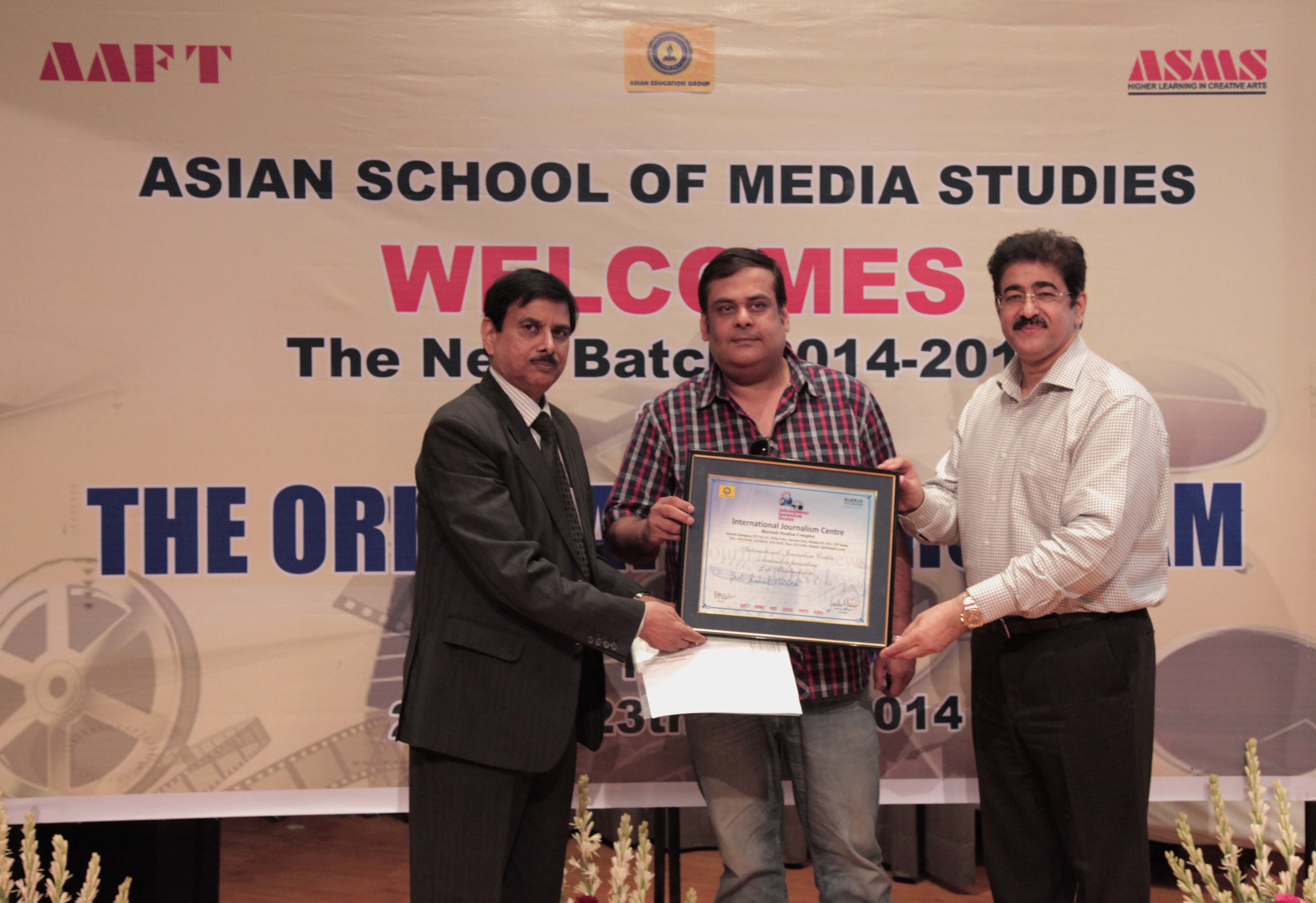 “An institute like ASMS has already proved to the industry that good education does matter. You are well prepared for the business with lots of practice. Film production needs lots of coordination which comes from knowledge & practice” said Rahul Mittra renowned film producer.

“We are thankful to Rahul for giving opportunity to the students of our institution every time he produces the film. Students who are well equipped with the knowledge always have better chance to grow” added Sandeep Marwah President of ASMS. 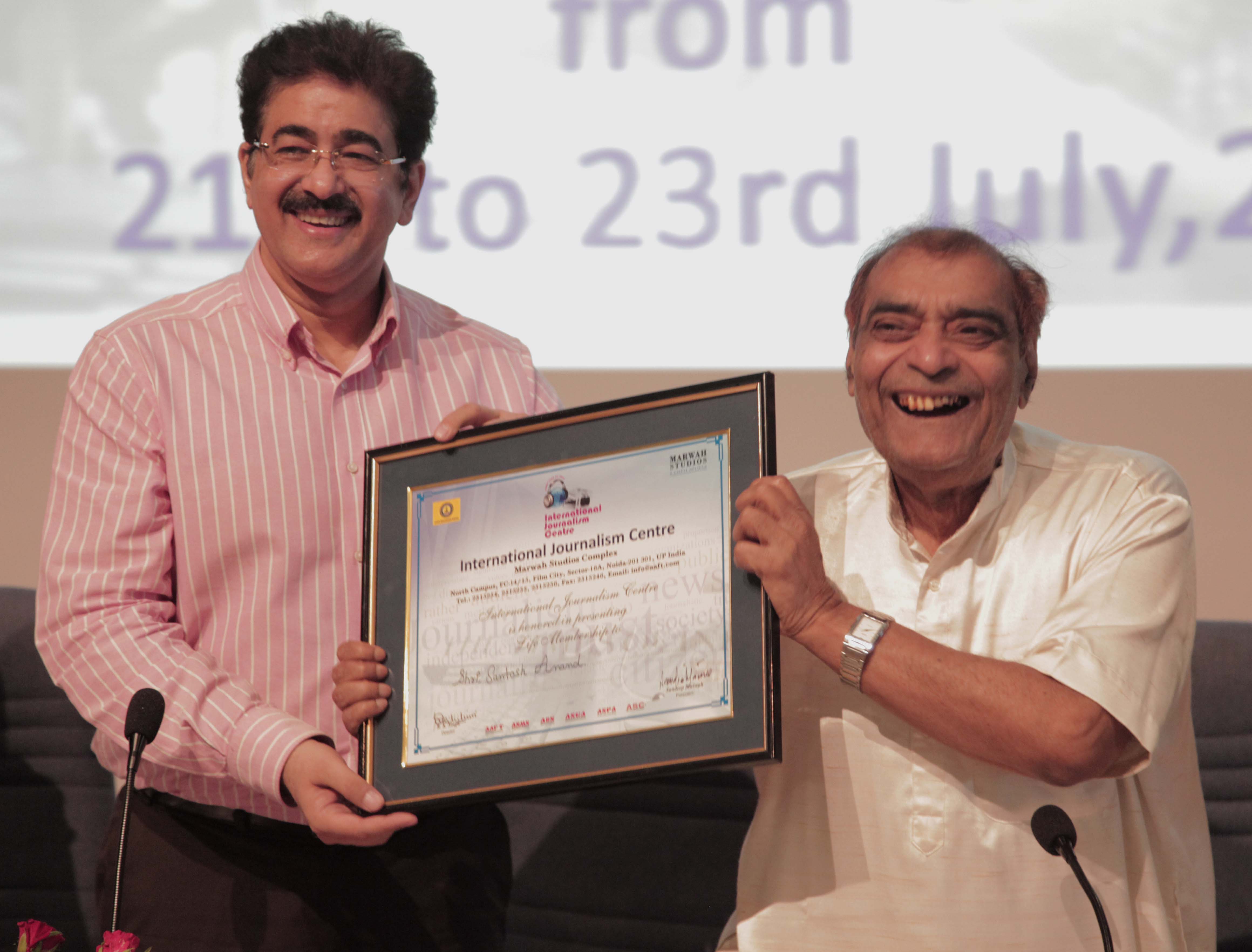 13 times nominee and 2 times recipient of film fare awards, titled with Rashtriya Kavi, the most respected lyrics writer and poet Santosh Anand said “ I love Asian School of Media Studies for its deep involvement with the world of art & artist” speaking during the orientation program of ASMS at Noida Film City.

“It was a great honor and pleasure to handover the life time achievement award to Santosh Anand during 4th Global Film Festival Noida 2011. Every time he comes with the poems and lyrics full of emotional miracles” said Sandeep Marwah President of Marwah Studios.

Santosh Anand has worked with all the top film directors and music directors of Indian Cinema. He is famous for many popular hindi film songs including Roti Kapra Aur Makkan, Kranti, Pyasa Sawan, Tringa, Surya Nagmani, Prem Rog, Junoon, Purab Aur Pachim and many others. 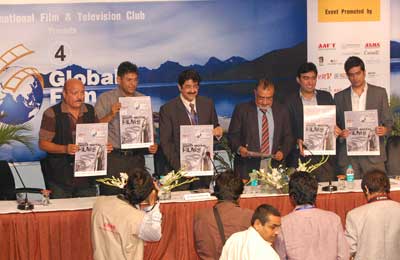 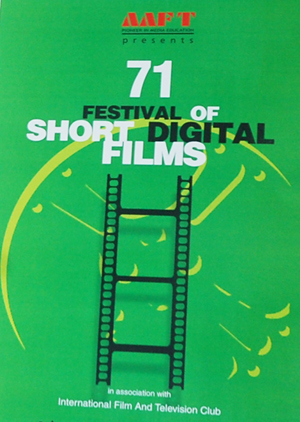 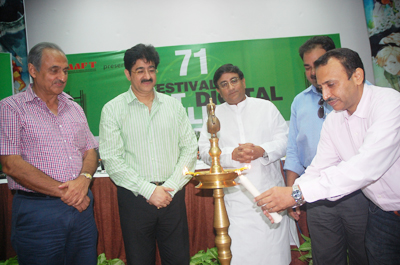