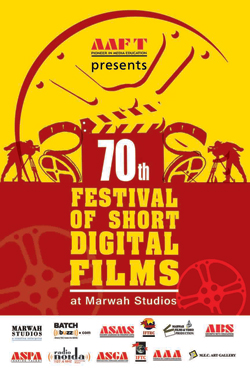 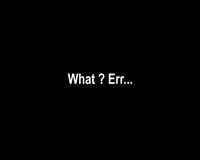 WHAT? ERR…: Director: Prashant Mathawan
Goodness is no more considered a virtue! It’s considered a weakness. The powerful and the mighty flaunt their might at the drop of a hat…However there will be true salts of earth who will rise from the speck of dust and prevent the world from collapsing. This is the story of such a taxi driver who rises up and shows his true grit against the lot who are connected to the power corridor. 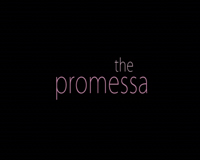 THE PROMESSA , Director: Shubham Bhatnagarn
It is a poignant story of a girl who couldn’t bear the trauma of sudden death of her mother and gets mentally affected. Due to the shock her mental age remains that of a child even as she grows up. Her pain is felt by the audience through the beautiful portrayal of the character of a mentally retarded child. 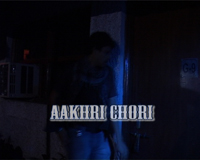 AAKHRI CHORI, Director: Mohd Shahid
A small act of benevolence by the prospective victim melts down the hardcore criminal in this short film. It once again proves that goodness is more powerful than the evil! 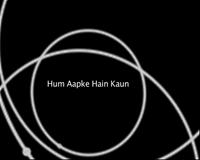 HUM AAPKE HAIN KAUN?, Director: Rahul Verma
It’s a comedy film with a serious message at the end. God has created everyone. Good looking and so as the ugly ones. Even the not so good looking has a heart inside and is entitled to love and affection, which is not a crime after all. 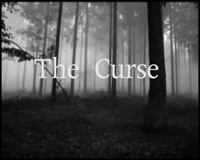 THE CURSE, Director: Anup Kumar & H Narwal
Situated at cursed Bhangarh, it is a predictable ghost story which revolves around some supernatural spirits and its interaction with the ordinary mortals. The curse at Bhangarh looms large and it takes its toll… 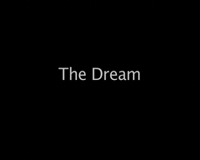 THE DREAM, Director: Arnab Bhattacharya
AThe protagonist of the film is torn between reality and his dreams which do not meet at any point. The film shows his frustrations as he tries to conquer the realm of unknown hoping to shape his destiny. Eventually he decides to live in the real world rather than wade through the obscure dreams that seemed so distant… 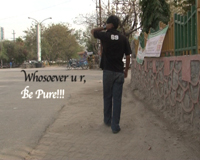 WHOSOEVER UR, BE PURE!, Director: Gaurav Bhalla
There is always a flip side of every coin…that’s what the director tries to portray here in this film…Even a gambler has a golden heart! 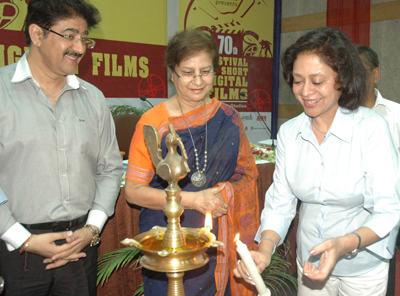