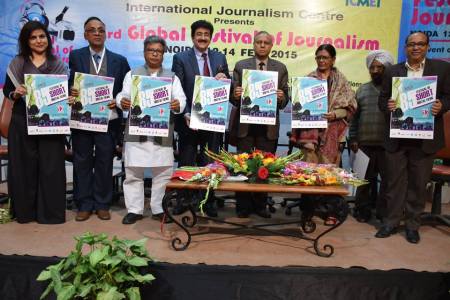 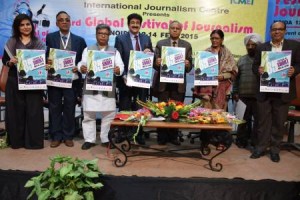 “This is the only festival in the World to touch 85th Edition, happens every three months and given opportunity to 2000 young directors to showcase their debut films” added Dean AAFT.

“I have never heard of so much of film and television works from one single media house, its commendable,” said S.K.Goel financial consultant. All the guests appreciated the quality of cinema.

The festival was part of 3rd Global Festival of Journalism Noida 2015 supported by International Journalism Centre and ICMEI.