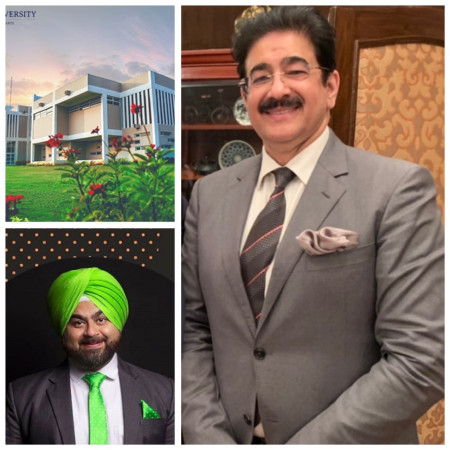 New Delhi: Dr. Sandeep Marwah is the first Indian from the most glamorous Media And Entertainment Industry to reach to the highest designation in education of being Chancellor of the University disclosed during his interview with Auther Sherry.

Dr. Sandeep Marwah is the founder of Noida Film City, founder of first professional film studio of North India- Marwah Studios, he is the founder Director of first private film school of the country- Asian Academy of Film And Television and now first person from media and Entertainment Industry to be nominated by the Government to the post of the Chancellor of AAFT University of Media And Arts.

“I have been in education since 1993. We started as a boutique institution and in 2003 added the first film degree college to our education group. In 2004 I was nominated as the first Vice Chancellor from Media And Entertainment Industry for University of Media And Arts. Now I have been designated as First Chancellor of AAFT University of Media And Arts,” said Dr. Sandeep Marwah President of Marwah Studios.